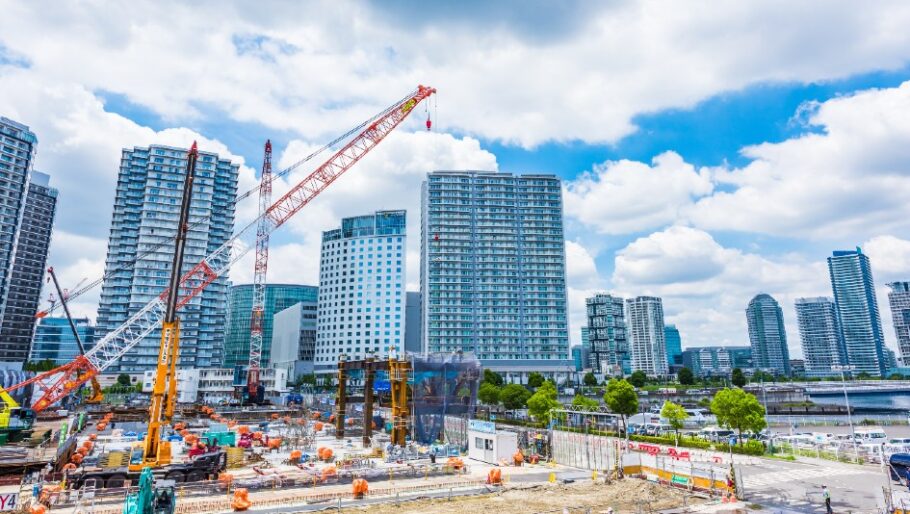 In the insurance world, it’s often said that ‘water’ is the new ‘fire.’ And the new normal for annual catastrophic losses related to water damage is around $2 billion, according to the Insurance Bureau of Canada (IBC).

But the problem is even more acute in high-rise construction projects, where it can be hard to pinpoint a leak, or when a leak occurs at night, or on the weekend when the site is unoccupied. That means a small leak can turn into millions of dollars in damage during a project.

Severe water damage causes several challenges for construction companies. Related project delays can translate into increased costs in labour and materials and can also drive up financing costs from lenders to finish the project, heavily impacting developers’ bottom lines. The reality is that water damage during the construction stage of a building is one of the largest risks to completing a project on time and on budget.

“Water damage is a very common occurrence these days with high-rise construction, in both residential and commercial occupancies. Each loss is unique but the common denominator is water and gravity — a destructive combination,” says Jonathan Graham, Underwriting Director of Construction & Contracting with Northbridge Insurance, a leading Canadian commercial insurance provider.

“We look at the frequency and severity of water losses, and in the last five years both have been trending in the wrong direction,” he says.

The impact on losses and project delays is why both the insurance and construction industries have begun seeking out risk mitigation strategies, such as water leak and flood protection technology. This technology – widely being retrofitted for years into existing buildings and structures — also has applications during the construction phase of a building.

Recently, Northbridge worked with two developers and their brokers to roll out water IoT (Internet of Things) technology during the construction phase of two high-rise projects. The goal was to test the technology’s effectiveness in mitigating and reducing water damage. To better support the construction industry, Northbridge has since partnered with a leading water IoT solutions provider to offer discounts to customers on construction water leak and flood protection.

Here’s how the technology works: Temperature, humidity, moisture, and water detection sensors are strategically placed around a building and communicate via a Long Range Wide Area Network (LoRaWAN) — since construction projects are unlikely to have internet availability.

The sensors are connected in real-time to a dashboard and mobile app, providing 24/7 monitoring. If water is detected where it shouldn’t be, or water supply exceeds a predetermined parameter, alerts are sent to key contacts and water valves are shut off automatically or remotely through the app.

The technology is sophisticated enough to sense moisture levels and to differentiate between normal and excess water flow for a duration of time. And while it may not prevent a leak from happening, it can catch a leak in real time to mitigate damage.

Together, they tested a water IoT solution in a high-rise construction project which was of particular interest to Tribute, as they’d had to make four water-related claims on a state-of-the-art commercial space about a decade ago. As a result of the damage, they had to rebuild the space three times over the life of that project.

“Those four leak claims cost us close to a year and a half,” says Gus Stavropoulos, Chief Financial Officer with Tribute Communities. “We learned a lot in that building and we learned there has got to be a better way to do this.”

When they rolled out water IoT sensors during the recent construction project, they didn’t have any significant water claims and credit the risk mitigation benefits of the technology for that outcome.

“We had one case where we got ahead of it,” he says. “There was a report of a pressure leak, and our staff quickly got the alert and dealt with it, and it was done. It was a loose valve, but that could have turned into a quarter-of-a-million-dollars in damage— and a couple turns of a wrench saved us a lot of problems.”

He believes water IoT technology will revolutionize loss exposure on high-rise construction projects — and that the industry as a whole needs to be at the forefront.

“I wish this technology was available 10 years ago when we had a $3.5 million water damage loss,” says Michael Kucharuk, Partner and Account Executive with JDIMI. “Overall, I’m glad to hear Northbridge is proactively addressing water damage in construction projects through technology and connecting with GCs and brokers on the issue.”

While there are hundreds of insurance providers registered in Canada, only a handful specialize in course of construction projects.

“There are definitely fewer insurers now than prior to 2020. Of those still available, they may not be comfortable covering 100 per cent of the risk and so multiple insurers are needed to cover a portion of the risk to reduce their exposure in the event of a loss. This means that more negotiations are required due to the nature of having multiple insurers participate — especially on large multi-tower projects,” says Cathy Ciccolini, Partner at Masters Insurance Limited, which also partnered with Northbridge on a water IoT pilot project.

She believes water IoT technology will be useful to the construction industry in the future — it may even become a requirement, like sprinklers or smoke detectors. Future projects will be marketed with ‘no water damage claims’ from past projects, allowing new insurers to offer potentially more capacity, as well as better rates and deductibles.

“I strongly recommend developers adopt this type of protection. Most of them have had a water damage claim — some small, some larger,” says Ciccolini. “I impress upon them that water damage claims will affect the next project I have to place for them.”

“While it is still very much in its infancy in this part of the world, genuine interest from both developers and insurers is prevalent and gaining momentum,” Kucharuk says. “Not that long ago, developers heard about IoT technology as a new ‘thing’ that may come to fruition one day. This clearly isn’t the case anymore — forward thinking developers are familiar with how to use the technology to their benefit.”

Indeed, he says it’s a natural, pragmatic progression to help reduce both frequency and severity of claims, which is key for insurers and vital to developers — as it will greatly aid in keeping their construction timelines on track and reducing water damage costs.

“There’s a lot of opportunity to reduce the likelihood but also the size of a water leak, so we can prevent or mitigate the risk by using this technology. It’s about identifying where the issues are and also being able to act remotely,” says Christopher Mastro, Director of Risk Services with Northbridge Insurance.

Developers also have the ability to pass on the cost of water IoT technology to the building owner once the project has wrapped up. And building owners can benefit from the technology post-construction, as it can help mitigate potential ongoing risks and insurance costs.

“It’s probably more cost-effective to put it in during construction because you can protect the site and ensure owners occupy the building on time. If your building is 98 per cent done and a hose comes off a toilet on the 12th floor, you could set your whole project back by months,” says Mastro. “But for building owners, it offers ongoing risk management.”

While the technology can’t necessarily prevent the frequency of water-related events, it can have a dramatic impact on severity — providing timely insights to reduce the severity of loss — which is a win-win-win for construction companies, insurers and ultimately building owners. 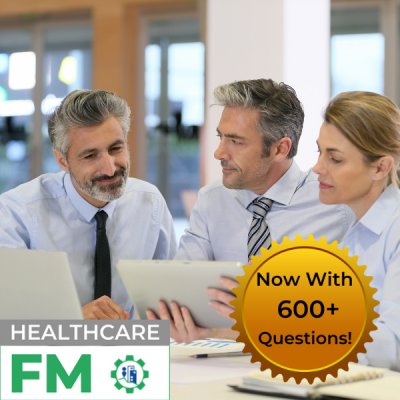 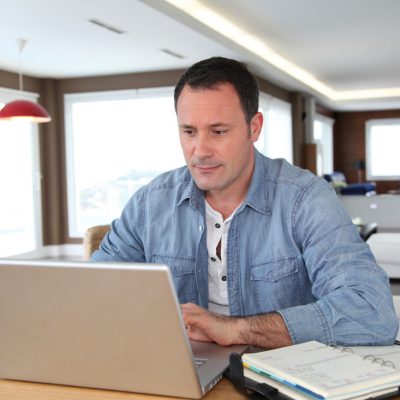 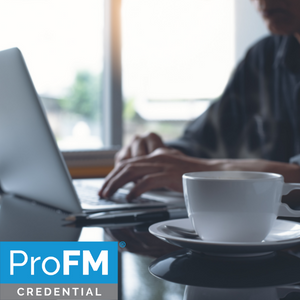 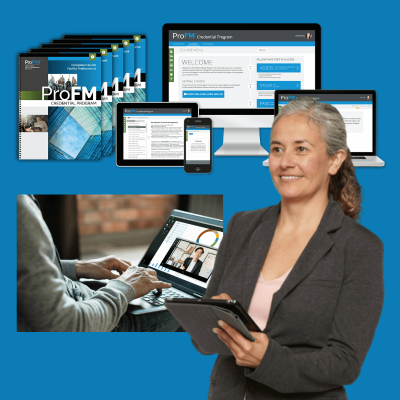 With 26 Skanska employees in attendance from around the globe, Autodesk laid out its long-term vision to drive digital...
Read More

With all the innovation the cleaning industry has seen in the last few years, what about the surfaces that tech doesn’t...
Read More

A third of 18- to 24-year-olds have rejected a job offer based on the prospective employers' environmental, social...
Read More
Contact Us

This site is a participant in the Amazon Services LLC Associates Program, an affiliate advertising program designed to provide a means for website owners to earn advertising fees by advertising and linking to amazon(.com, .co.uk, .ca etc.) and any other website that may be affiliated with Amazon Service LLC Associates Program. Our website may contain affiliate marketing links, which means we may get paid commission on sales of those products or services we write about. Our editorial content is not influenced by advertisers or affiliate partnerships. This disclosure is provided in accordance with the Federal Trade Commission’s 16 CFR § 255.5: Guides Concerning the Use of Endorsements and Testimonials in Advertising.